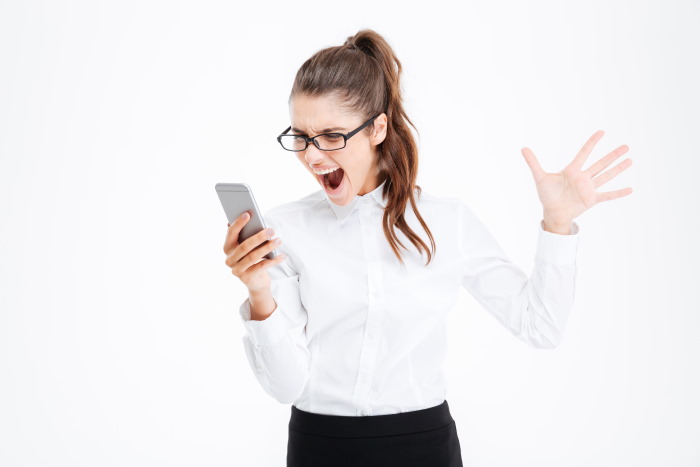 You want to know when to stop pursuing a girl.

You are totally into her.

You want nothing more than to be with her.

You are not sure if you should continue pursuing her.

In fact, you don’t even know if she’s into you.

Or at least you want to spend an unforgettable night with her.

Now you’re asking yourself when to stop pursuing a girl.

You want to know if it’s already too late or if you still have a chance with her.

Please allow me to show you what’s going on and to explain to you when to stop pursuing a woman.

1. When to stop pursuing a girl: The answer depends on what you are looking for

It really depends on what you’re looking for.

Are you looking for a long-term relationship?

Are you only looking for a quick hookup?

And then it’s often a wiser decision to move on fast and to look for the next girl who’s available.

You don’t want to waste your time with a woman when all you have in mind is to have 10 or 20 minutes of fun with her in the evening.

But what if you are interested in this woman in a more romantic way?

What if you are already in love with this girl?

Then you might want to pursue her more deliberately and with more perseverance and passion.

Let’s assume for the sake of the argument that you are interested in a long-term relationship with this woman.

Should you pursue her if she wants completely different things in life?

I would say definitely not.

Of course, if she wants different things in life and you’re only looking for a hookup, you can still pursue her.

Nobody cares if the woman you spend the night with wants to live the same future that you want to live.

You probably won’t see each other again.

What if you want to date this woman and she wants something completely different out of life?

Then, at least in my humble opinion, you should no longer pursue her.

I mean, just think about it.

Or later this relationship will end and there will probably be a lot of drama.

In this case, the answer to the question when pursuing a girl is: “immediately”.

3. She already made it clear that she just sees you as a friend

What if you’re in the friend zone?

You can still rise like a Phoenix from the ashes and do your best to get out of the friend zone.

I don’t say that you have to give up immediately.

If you are asking yourself when to stop pursuing a girl because you’re in the friend zone, you have to ask yourself one important question.

I already tried everything to get out of the friend zone?

If yes and you still didn’t succeed it’s time to move on.

4. Her phone is more important than you

Have you ever been on a date with a woman and all she was doing the whole time was staring at her smartphone?

I’m sorry if I destroyed your dreams right now but this woman is not into you.

A woman who’s truly attracted to a man would never do that.

Hey, she maybe does it if she’s addicted to her smartphone.

But even then she will focus her attention the majority of the time on you.

Then it’s time to stop pursuing her because she’s just not into you.

5. You want a relationship but she wants to party and drink

Let’s assume for a moment that you are like me.

This means that you’re an introvert, you don’t like to party and you don’t drink any alcohol.

Maybe you’re not like me and you think that my way of living is a little bit extreme.

…even then I would not advise you to start a relationship with a woman who’s drinking and partying.

I’ve never met a party girl in my life who was able to be faithful in the long term.

I’m sure that these women exist but you can also look for a unicorn in the magical forest.

There’s a reason why she’s in the club every weekend and the reason is very simple.

She needs and craves the attention of men.

In other words, she’s not the definition of relationship material.

In this case, the answer to when to stop pursuing a girl should be right now.

6. She doesn’t care about you and it hurts because you know it

Let’s imagine for a moment that you get sick.

In this situation, you want what every man wants.

You want a woman who takes care of you and who truly cares about your well-being.

… and all she does is complain that you are not healthy?

That would be the moment when I would stop pursuing her.

7. You should stop pursuing a girl when she’s obviously not good for you

Is she drinking excessively?

Has she had more partners than Lana Rhodes?

Is she hitting the club every weekend?

Does she turn your life into a living nightmare just like Amber Heard did it with Johnny Depp?

The man who has options would never choose a headache in his life.

Stop pursuing women who are not good for you, no matter how hot they are.

This brings me to the next point…

8. She has nothing more to offer than physical beauty

Does she have anything else to offer than her physical beauty?

Unfortunately, most men put up with so much drama just so that they can date a physically attractive woman.

But I can promise you that once you reach a level of abundance with women you are way pickier.

I don’t mean picky in the sense of physical beauty.

In fact, the more successful with women you become the more you value other qualities because you know that physical beauty is common.

When to stop pursuing a girl?

The moment you realize that she has nothing else to offer than her physical beauty.

9. She’s still in a relationship or getting over a breakup

Should you pursue a woman who’s still in a relationship?

I would say no.

I’m aware of the fact that a lot of men don’t have a problem with that.

They think to themselves that she would cheat anyway.

It’s true that she might be cheating anyway but it doesn’t have to be with me.

I don’t want to be the one who’s destroying a relationship.

It’s just not my style.

And what if she’s just getting over a breakup?

Well, if she’s still in love with that man, she might be spending time with you but her heart will be with him.

10. She doesn’t reply to your texts or to your calls

When to stop pursuing a girl?

When she doesn’t reply to your text or to your calls anymore because she’s just not interested.

Always remember that there’s an abundance of women out there waiting for you.

As a man who’s on the mission to improve himself and his dating life, you can enjoy this abundance.