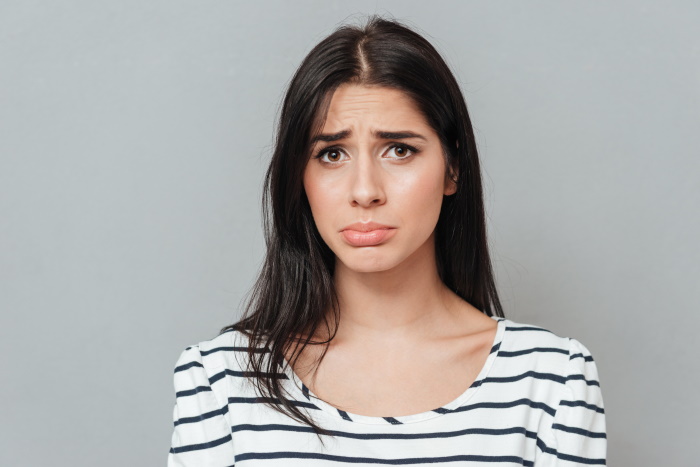 Have you ever asked yourself what makes a girl lose interest in a guy?

Then this is the right article for you. And it might also be the perfect timing.

Unfortunately, we tend to make the worst decisions and the worst mistakes when we are in this position.

And that’s also when we end up losing the woman we love because she loses interest in us quite fast.

The big problem is this:

The more you are interested in a girl, the more likely it is that you do things or say things that will make her lose interest.

You are dating this girl and even though you are attracted to her, you don’t see her as girlfriend material. You are just casually dating her.

This is usually not the situation when a guy says or does something that makes a woman lose interest. He’s not emotionally invested enough to mess things up.

But now think about the following scenario…

You are dating this girl and you are not just attracted to her. You are infatuated with her.

You are so into her that you can’t control yourself. You want to be with this woman 24/7.

Even though you hate to admit it, but it’s true….you are in love with her. Now you are so emotionally invested in the relationship that you do and say all the weird things that make her pull away.

The fact that he says and does all kinds of stupid things because he is not able to control his emotions and his actions.

Your neediness is destroying attraction

Yes, this question can be answered with one word. If there’s one thing that women hate more than creepy men then it’s needy men.

The needier you are, the faster she will lose interest in you. And the less needy you are, the more she’ll get interested in you.

Women want men who are confident and who consider themselves attractive. No woman wants to date a man who believes that he’s at the bottom of the food chain.

The solution to the problem:

Create options for yourself by overcoming your approach anxiety and by approaching more women.

The more options you have, the less likely it is that you will act needy. Always keep in mind that neediness is the result of an actual or a perceived lack.

A man who has options with women and who can get other women is less likely to be needy than a man who thinks that he’s too unattractive to attract high-quality women.

Your jealousy gets out of hand

I’ve been there and I’ve done that. And I can tell you from my own experience that jealousy can be a very ugly emotion that leads to even uglier outcomes.

When you are too jealous for your own good. I mean, a little bit of jealousy is good and also normal.

And it gets even worse when you are jealous of something that happened in the past. Let’s say you meet one of her ex-boyfriends and as a result, you freak out.

That’s when jealousy goes too far. And that’s why it’s so important that you learn to control your emotions.

Stop Being a victim of your emotions.

You are better than your jealousy. You have the power to control your emotions and to make sure that you don’t freak out or flip out.

That’s your responsibility as a man.

You try to control her behavior

That’s actually a problem that a lot of women in committed relationships are facing. I heard it from a lot of my female friends.

Their boyfriend doesn’t want them to go out alone. He always wants to know where she is and what she is doing. He expects her to text back immediately.

The more you try to control a person’s behavior, the more they are looking for ways to escape your control. And yes, the woman you are dating is also a person…just in case you didn’t know.

A relationship can only thrive if both partners trust each other and give each other the freedom they want and need.

Your future girlfriend will thank you for it.

You are the opposite of an adventurer

In other words, you are boring.

You take her on boring dates. You always choose the same boring cafe for dates one, two and three. And you don’t even try to make an effort.

The combination of being boring and being lazy when it comes to coming up with exciting date ideas is not a good combination.

And you can’t blame her for it. Girls just want to have fun and if the beginning of the dating process is already boring, she assumes that your relationship will be even more boring.

You always want her to decide what to do

When the guy she is dating is indecisive. When the man whose lead she wants to follow is a follower and not a leader.

I know that you’ve been conditioned to believe that women always want to decide. Well, if you follow this principle in your relationship, you’ll experience a rough awakening.

Of course, you want to value and consider her opinion. But as the man, it is expected from you to make decisions that are good for you, for her, and for your relationship.

You change your path because of her

You are here because you want to know what makes a girl lose interest in a guy. That’s why you have to promise me one thing…

Don’t change your path for a woman.

Whenever a man changes his goals and tries to forget about his dreams in order to accommodate a relationship, the woman he sacrificed so much for will resent him for it.