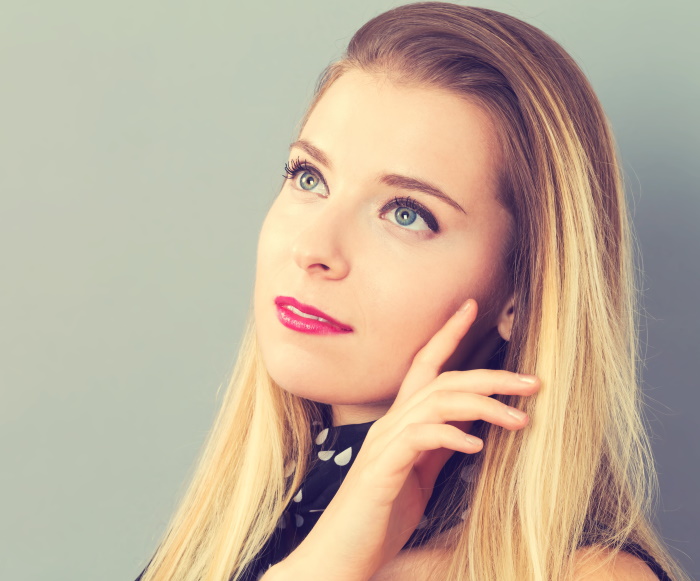 Have you ever asked yourself the following question:

If the answer is “yes, I want to know that because I want to date young women” then this article is for you.

In fact, I’m convinced that this article has the potential to change the life of every man in his 30s, 40s, and 50s who comes across it.

It is a big deal because most men are conditioned by the media, our culture, and especially by older women to “stay in their lane.”

As a guy in his 40s, you’ll get judged by women in their 40s when you show up with your hot girlfriend who’s not even 30 yet.

The reason is very simple:

That’s why she will use shameful language to control your decisions.

Suddenly, you are a creepy pervert. But if you would choose her, the middle-aged woman, you’d be a saint.

And that’s why every jealous man and every envious middle-aged woman use the same shaming tactic to stop you from dating younger women.

Because hey, we all know that there is just one answer to the question:

It has to be the money!

Why else would she date a man who is almost twice as old as he?

It’s better to have a look at the facts than to allow the shaming techniques of others to influence your decisions.

Believe it or not, but it’s not about the money…

What attracts a younger woman to an older man? Not what everyone assumes!

I won’t deny that there are gold diggers who are explicitly looking for men with money. These women are out there.

But they are easy to detect. You just don’t have to give them the money they want from you and boom…they’ll be gone in a heartbeat.

Even if you sign up on dating sites like Seeking Arrangement, you can meet a lot of younger women who just want to date a mature man who has accomplished something in life.

The reality is that most younger women don’t care about whether or not they are rich.

As long as you have your own apartment and you are an ambitious guy who has achieved more in life than the average college graduate, you are good to go.

Let’s have a look at some scientific and biological facts…

Your mature behavior can be very attractive

Who matures faster…men or women?

The answer is obvious, even though a lot of men don’t want to admit it. Of course, women mature faster.

Just think back to your high school time. I’m sure the boys were way less mature than the girls.

That’s just how mother nature designed us. And that’s okay.

They want men who are willing to work hard, to achieve something, and to create an amazing life for themselves.

Most of the time, these guys are not the 20-year-old college students who binge drink every weekend.

The desire to date a mature man is a popular reason why younger women choose older men.

Your sense of style can attract a young woman’s attention

It might sound strange but your style can have a positive effect on your ability to attract younger women.

I’ve heard from a lot of women that they prefer dating a man who dresses in an elegant and high-status way over a man who runs around with baseball caps.

If you are a mature silver fox, I invite you to embrace your elegant and more mature style.

You’d be surprised at how many women are attracted to this style.

Women are drawn to men who have achieved things in life

That’s just how biology designed us. Despite our woke cultural conditioning, men and women are attracted to completely different things.

A woman places a high value on a man’s status in society. His education is also important for her.

A man, on the other hand, would choose an exceptionally beautiful woman who works as a model and who has never seen a university from the inside over an ugly highly educated, and high-achieving woman at any time.

I don’t say this because I don’t want women to go after what they want.

I just want you to realize that men and women have different standards when it comes to dating.

You can complain all day long that women prefer a mature man who has achieved something in life over an unsuccessful young guy.

It won’t change her biological programming.

Yep, I really mean that. The idea to have a casual fling with an older gentleman who knows one or two tricks in bed is very exciting for a lot of women.

Of course, that doesn’t mean that younger guys can’t be good in bed.

In her mind, however, she assumes that an older man with more experience has more and better bedroom skills.

So yeah, younger women prefer older men because they assume that they are better in bed.

They want to find out what it’s like to be in bed with an experienced man.

The downside of this fact is that you, in case you are an older guy, have to meet her expectations.

You don’t want to disappoint her. But I’m sure you have the necessary experience.

Who is more likely to commit?

The answer is obvious. And a lot of young women who are interested in relationships know this answer.

They also consider them more ready to commit.

His willingness and readiness to commit to her and his loyalty as a potential boyfriend.

Do you enjoy being a mentor?

A lot of young women get excited about the idea to date a guy with more experience…and I’m not just talking about experience in the bedroom.

Your life experience makes you more attractive. And if you are willing to teach her and to guide her, she’ll be even more attracted to you.

The possibility to have a loyal man who is committed to them and more than just willing to teach them about love and life.