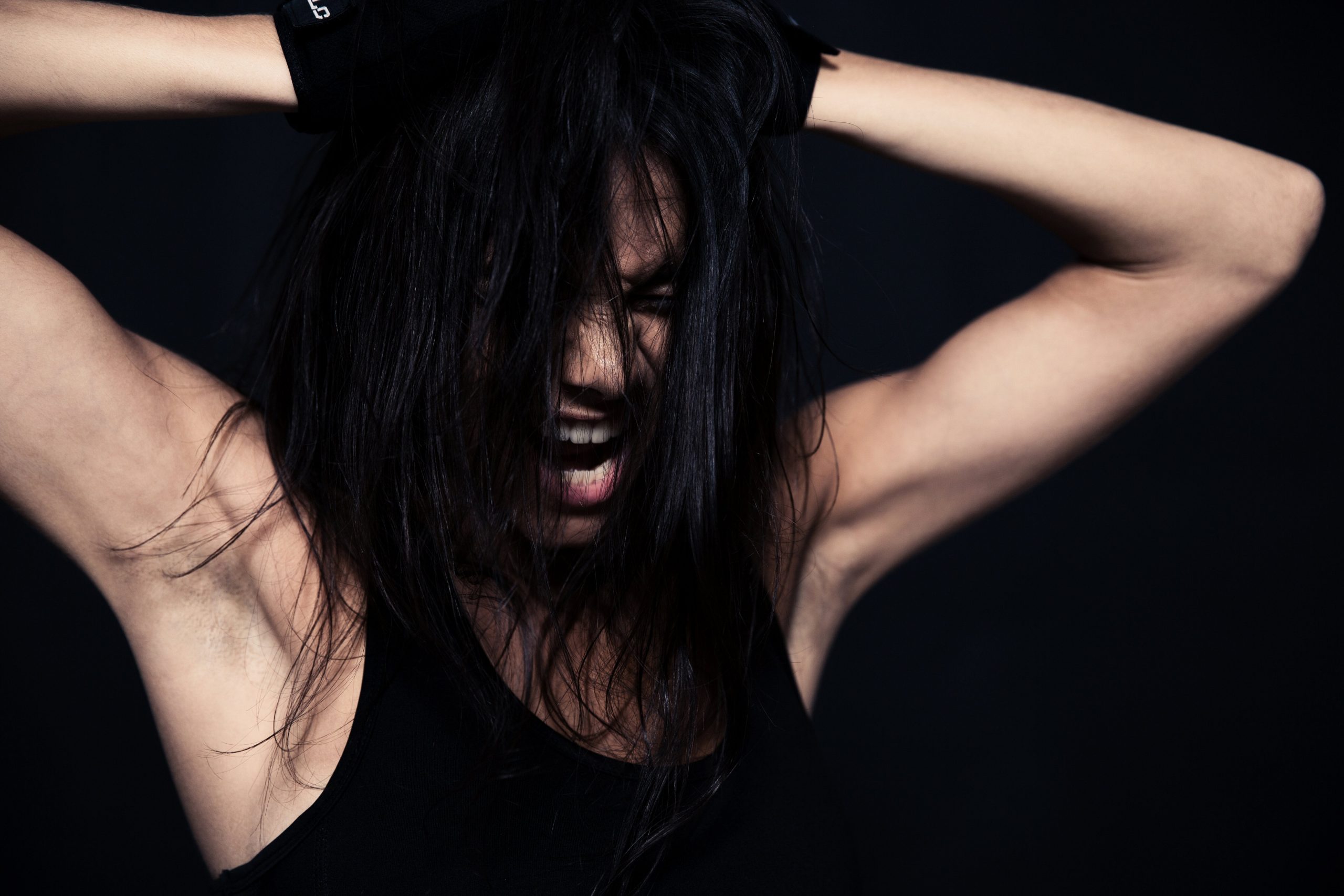 Today I want to share 15 signs your girlfriend is toxic.

Why is this important?

It’s important because you might be in a relationship right now with a woman who is anything but good for you.

And because you’re already in this relationship for such a long time, you’re not even aware of the fact that your girlfriend and as a result of this your relationship are toxic.

Unfortunately, thousands of men in this world ignore toxic behaviour in women as long as these women are physically attractive.

Dating a hardy who turns your life into a living hell is one of the biggest mistakes you could possibly make.

A lot of men make this mistake and then as result they’re frustrated and end up embittered.

But that’s not the case at all.

All you have to do to avoid a train wreck with a toxic girlfriend is to know the following signs into then make the conscious decision to not engage in any relationship with this woman.

1. These signs your girlfriend is toxic require action

If I were you I would not choose such a woman as a friend with benefits and especially not as a long-term partner.

But hey, it’s up to you if you listen to me.

I can only tell you from my own experience that when a girl shows any of the signs I’m going to share with you in this article, you’re better off without her.

And yes, I know how hard it can be, especially when you’ve already fallen in love with her.

Here are the signs your girlfriend is toxic and you should avoid her at all costs.

2. She doesn’t support your dreams

Do you have big dreams?

As a man, you need to have a vision in life. You need to follow your purpose.

The worst thing you can do is to give up on your dreams, just because the woman you are with doesn’t support them.

And even though I believe this is not true for 95% of women, there are some who actually destroy your dreams by not supporting you at all.

…at some point, you will regret it.

3. She always talks about her ex-boyfriend

She wants to make you jealous.

That’s why she constantly mentions her ex-boyfriend. She might even tell you that he was better in certain aspects than you.

If a woman does that over and over again, you have to let her go.

Please don’t get me wrong.

If she for example mentions for ex-boyfriend every now and then without the purpose of making you jealous, then it’s not a big deal.

But if she does it on purpose and she’s waiting for your reaction, this is one of the signs your girlfriend is toxic.

Have you ever dated a woman who was able to buy one pair of shoes after another but was unable to pay off her debt?

That’s the kind of girl you want to avoid.

Don’t overcomplicate your life by dating such a woman.

And please don’t make the terrible mistake that so many men make and support her with your money.

You are not her ATM card.

And you’re definitely not responsible for her financial irresponsibility.

5. She always asks you for money

Let’s continue with the money problem.

If a woman is not only bad at handling money but she also asked you for financial support, she just showed you two red flags.

You seriously have to ask yourself if giving money to somebody who’s not able to handle money is a good idea.

I already know the answer but a lot of men ignore this advice and end up spending hundreds of dollars on women who are just not worth it.

I don’t want you to fall into this trap.

That’s why I share these signs your girlfriend is toxic.

Extreme jealousy is another issue that can ruin your relationship faster than you might think.

Let’s say you go out with your friends.

…then you have a problem.

A little bit of jealousy is okay but too much can kill every relationship.

Do you really want to date a girl who’s lying to you?

Some women are pathological liars and they are lying about everything.

If there’s one thing that I learnt over the years, it’s that you don’t want to associate yourself with such a woman.

8. She creates drama for no reason

One of the clearest signs your girlfriend is toxic is when she shows Drama Queen behaviour.

She creates drama out of thin air for no reason.

Every argument you have has to end in a big fight because she’s the one who’s creating drama.

Stay away from these types of girls.

You want to live a life in peace and harmony. It’s impossible to live such a life and to enjoy it with a woman like that.

9. She doesn’t take responsibility for her life

She doesn’t take responsibility for her actions.

When you think about establishing a long term relationship, you want to choose a woman who is responsible and who is willing to take responsibility for her own life.

You don’t want to date an immature and irresponsible girl who puts your life if and your finances in danger.

10. She constantly blames you for her mistakes

What if she does something wrong?

One of the clearest signs your girlfriend is toxic it’s when she blames you for something she messed up.

This is a clear sign. But unfortunately, a lot of men tend to blame themselves for behaviour that their girlfriend or wife displayed.

Don’t blame yourself for something that she did.

That, remind yourself that you have options and that you are a high-value man.

11. She argues about everything

What if you said something that was not perfect?

What if you suggest a restaurant that she doesn’t like?

She will also start an argument about that.

I promise you that you won’t enjoy any peace with this woman.

12. She gets physically violent

This is the most painful and I think also the most important sign your girlfriend is toxic.

If the woman you are dating ever push you or scratches you or hits you, you have to leave immediately.

I’ve coached men who justified this behaviour and blamed it on her being a woman and her being emotional.

Physical abuse should never be normalised, no matter if the abuser is a man or a woman.

13. She constantly flirts with other guys

This just doesn’t happen in an emotionally healthy relationship.

It’s impossible to have a committed long-term relationship with this woman because you can never be sure if she cheats on you behind your back or not.

So yes, this is one of the signs your girlfriend is toxic.

14. She blames you for her unhappiness

Remember that the toxic girlfriend will always blame you for everything.

That’s why she also blames you for her unhappiness.

I just want you to keep in mind that every human being on this planet is responsible for their own happiness.

That’s why you have to make a decision and let go of her so that you can find happiness.