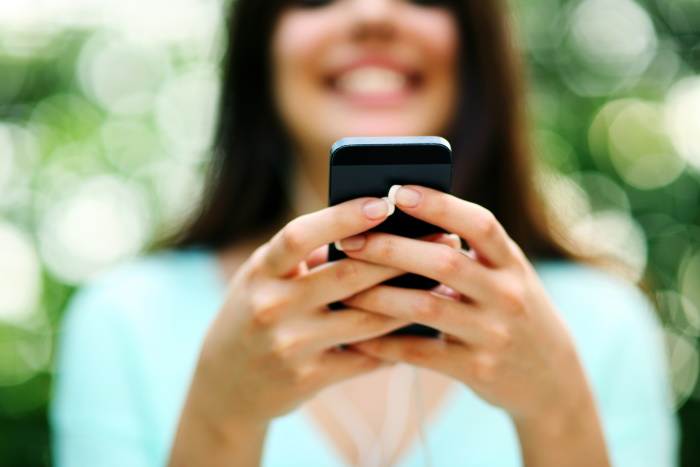 Have you ever heard the following words:

My ex blocked me.

… It also has the potential to change your life.

That’s up to you.

Only you can make this decision.

You have to decide if you want to continue to hold on to your ex and to try to get unblocked or if you do what’s necessary to improve as a man.

I can’t make this decision for you.

I know that you don’t want to hear this but if you as a man focus on trying to get your ex back at all cost, you are shoveling your own grave.

This article is not about how to get unblocked on social media because when you’re really honest with yourself you already know that this doesn’t matter.

This article is about how to deal with the fact that she blocked you on social media like a man and to get stronger in the process.

And this article is also about showing you an alternative way of how you can not only make the best out of the situation but how you can actually become more powerful and stronger than ever before.

Are you ready for your transformation?

Then let’s get started with one fact that you might not want to admit but that’s most likely true.

1. My ex blocked me: she probably has a reason

You can lie to me and you can lie to yourself but it doesn’t change anything about the fact that she blocked you for a reason.

You might not regard this reason as a valid reason but she does.

You might even think that it’s a stupid reason but in her mind, it was the right decision.

And once this decision is made, it’s usually final.

Even if she decides to unblock you again, the relationship is no longer what it used to be.

Yes, I’m also talking about your relationship as ex-partners.

That’s why I want to share the next I’m very important to keep with you that your ego will rebel against right now.

But deep down you know that it’s the only right decision for you to make.

2. Stop trying to find a way to get unblocked

Did you say that your ex blocked you?

Then you probably want to know how to get unblocked.

And don’t get me wrong. Totally understand that you are in emotional turmoil right now.

I also understand that you think getting unblocked is the only goal you should have right now because your emotions can deal with the blocking.

But I want you to ask yourself one important question:

Now that she’s already your ex-girlfriend and she has blocked you…do you think anything will change once she unblocks you?

I say no because from my experience as a dating coach I know that nothing will change…at least in 99% of the cases.

Of course, you can ignore my advice and you can try to get unlocked again.

But if you say “my ex blocked me” with a very angry voice and even angrier facial expression, then something has to change.

And no, it’s not the relationship status between you and your ex-girlfriend that has to change.

Just don’t do it.

The worst mistake you can make right now it’s to desperately try to get unblocked and to win her back after the breakup.

There might even be a chance that you decided to read this article because you want to know how to get her back.

I’m also where of the fact that you would like me more if I just told you to do this and she will unblock you.

Unfortunately, there is no magic unblock tactic.

And even if there was such a thing, I would be very reluctant to share it with you.

What do you need right now when your ex blocked you is to find a way to get over her and to start your life again.

And yes, this process of growth also involves no longer stalking your ex on social media.

Let’s say she didn’t just block your number but she also blocked you on Facebook or Instagram.

The worst mistake you can do right now is to stalk her on social media.

Every time you look at her pictures these negative emotions will come up again.

And every time you see pictures that show her with another man, these negative emotions will get even stronger.

Don’t do this to yourself.

When you say “my ex blocked me on social media” you are tempted to look at her pictures every day.

You might not want to believe it right now but her and blocking you would actually torment you even more.

Instead of stalking her on social media, I want you to focus on yourself.

5. Focus on your personal development

You can make one of two choices now.

Try to find ways to get unblocked, you tried to get her back, and you continue to feel miserable.

You make a firm decision with a clear intention that you will improve your life in every area.

I’m talking about lifting weights at the gym.

I’m talking about reading books that further your education or your career.

I’m talking about going on adventurous that make you step out of your comfort zone.

All I know from coaching hundreds of men is that only the second option can set you free and improve your life.

6. Become the man your ex wish she could date

In the process of improving yourself, you will become the man your ex wishes she could date.

In this process, you’ll become a man who has options.

And once you become a man who has options you will realize that you don’t even want your ex-girlfriend back.

A man who has options doesn’t care whether or not his ex-girlfriend blocked him on WhatsApp was social media or any other platform.

Now you are free to date whoever you want.

“My ex blocked me!

Instead, think about what I just said.

You have the freedom to date whoever you want.

I guarantee you that the more women you approach in the more dates you go on, the less you will care that your ex blocked you.