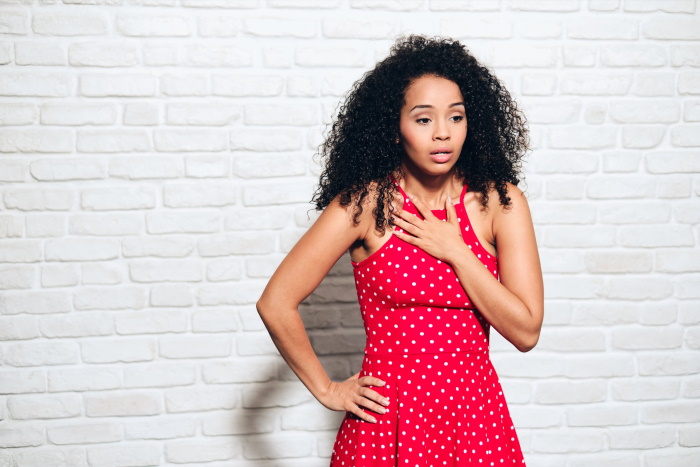 Yes, it’s over. In fact, your life is over. And your world will never be the same again. You might even die.

The truth is that it’s hard to tell.

But that’s exactly why I decided to write this article for you. I want you to know when it might be over and in which situations you still have a realistic chance.

And I want to show you exactly what you have to do to rescue the situation. In most cases, you still have a chance. It might be a small or even a tiny chance but no chance should be ignored.

Is it over once a girl loses interest: Not necessarily

Of course, there are situations when things are hopeless. But that only happens when you really messed things up.

In a lot of situations, you can not only rescue things, but you can attract her even more by doing things right.

Yes, this time you have to do things right. And you might even change the way you look at yourself and the way you behave around women.

I show you what to do.

Only if you did this…

If there’s one thing that women from all walks of life and all countries hate, then it’s a guy who is needy.

Call it neediness. Call it desperation. Call it whatever you want. When a man shows a woman that he doesn’t feel worthy of her, she’ll lose interest.

The moment you idealize her, she will devalue you. The moment you build this beautiful pedestal for her, she’ll break it down and smash it over your head.

That’s what happens to guys who are too needy.

So yes, maybe you have reached a point where she is so fed up with the needy behavior that she doesn’t want you anymore.

Then the answer to the following question is “no”:

Most of the time, however, it’s your choice if it’s already over or not…

It’s also over if you give up now

Most men are quitters.

Are you a quitter?

Then it’s over when she loses interest because you won’t do anything to reactivate her interest and to reignite the flame.

Then it’s definitely over.

But you are not like that. You are reading the dating rules for men podcast. You are better than all the other men who quit.

You try it again and this time you avoid making the same mistakes that made her lose interest.

This time you do it right…

Did you show her that you are a confident guy?

It’s very rare that a woman loses interest in a confident man. She can only lose interest if there was at least some interest in the beginning.

Otherwise, nothing could be lost.

It’s almost impossible for a woman to lose interest in a man when he is confident in himself because women are biologically hardwired to choose confident partners.

What often happens is that a guy pretends to be confident in the first interaction. Then he acts needy and insecure on the first date.

The interest she had for you, in the beginning, is slowly decreasing.

Not if you push your confidence button again and let go of your neediness. Then she’ll realize that you are in fact the kind of guy she fell for in the first place and she’ll fall for you again.

How does a high-value man act?

As a guy who communicates a high value to women, you act in the complete opposite way as most men act.

Most men invest way too much way too soon. Most men ask boring questions. Most men talk really fast. Most men get nervous when she doesn’t laugh about a joke. Most men…

Alright, I stop now. I could continue with this list for days. The uncomfortable truth is that most men are not communicating any value to a woman.

In fact, they do the opposite. They communicate that she has value but they don’t. Remember what I said about putting her on a pedestal?

Let’s kick that pedestal away and throw it out of the window. You don’t need it anymore. Instead, you need high-value behavior.

You talk slowly and deliberately. Your voice is clear when you speak to her. You are not afraid to lead her. You are motivated to make the first move and to create a deep emotional connection with her.

Not if you reactivate her interest by being the high-value man of her dreams.

It’s not over if the timing was just not right

Sometimes the timing is just not right.

Believe it or not but bad timing can make a girl lose interest in you very fast. You arrive one

Let’s have a look at this example:

You meet this girl on Friday. She’s totally into you but what you don’t know is that she has met another guy on Wednesday who she’s already been on a date.

That’s why she loses interest in you and chooses the other guy instead. If you had met her a couple of days earlier, she would have chosen you.

Not if you meet her again at a later point in time with the small but important difference that now the timing is perfect.

How can you show a girl that other women are more interesting without being disrespectful?

And it’s easy to achieve if you follow the following rule:

Don’t do anything that could be considered cheating in a relationship.

Yes, I know. You are not in a relationship yet. But if you want to make her interested again, I would recommend that you don’t sleep with another woman.

Technically, that’s a way to show her that other women are more interesting. But then she’ll never want to see you again.

Be less extreme and more subtle.

Instead of kissing other women and jumping from bed to bed, you simply flirt with other girls when you are with her.

Now that the other women are smiling at you, she’ll get the feeling that you have options. That’s when she’ll want you again.