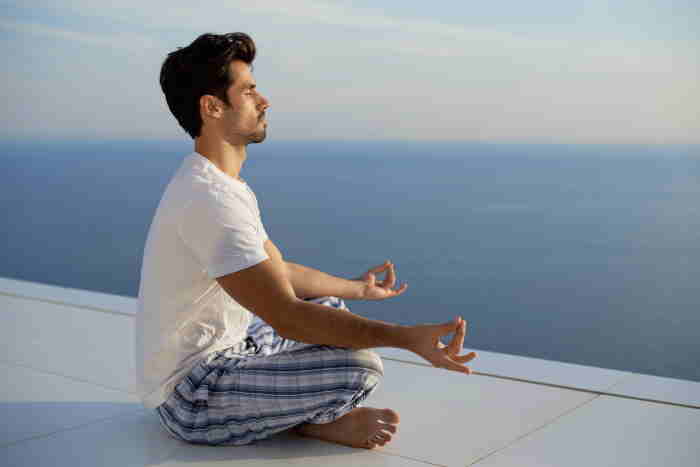 Today I decided to write an article on the importance of silence after a breakup.

In fact, I believe that there’s nothing more important than silence when it comes to the time after a relationship.

It doesn’t matter if you ended the relationship or if she was the one who ended things.

You don’t want to constantly be in contact with her.

In fact, you should think carefully about whether or not you actually want to stay in contact with her.

I mean, some people can stay friends after a breakup but often we just say that we are friends even though we’re not.

1. The importance of silence after a breakup should not be underestimated

What do most people do after a breakup?

Oh please let me rephrase that.

What do most men do after a breakup?

They try to get laid as fast as possible.

In fact, there might also be a lot of women who use the same strategy.

The only difference is that it’s way easier for women to get laid but that’s another story.

Most men hit the club, get drunk, and try to get a meaningless one-night stand after a breakup.

The sad reality about the scenario is that they really believe that this will heal their wounds.

Believe me, I’ve known enough man who did that and I’ve also been in that position.

A one-night stand with a woman who you don’t care about will fix nothing.

Silence has to potential to fix everything.

2. Silence gives you time to think about your past relationship

What often happens after a breakup is very similar to what happens with people who have experienced a traumatic event in their life.

Our biology has programmed us human beings to always sugarcoat our own past in our mind and our hearts.

It’s a way for us to protect ourselves from the things that we’ve experienced in the past.

I mean, imagine if you would constantly only remember the bad things that happened to you and never remember the good things.

You would go crazy.

And that’s exactly why mother nature installed this program into us.

The downside is that we often think back to the good times when we go through a breakup.

However, what we should be thinking about are the bad times.

You have to remind yourself of the times that we’re not so happy and that actually justifies the end of the relationship.

This is the fastest way for you to get over your breakup because you realize that it was the best decision for both of you.

3. Silence allows you to focus on your healing

Silence is absolutely necessary for your healing process.

What happens when you don’t retreat from the world?

What if you continue at a fast pace or you even step on the gas pedal?

The consequences can be severe.

Especially men are very good at convincing themselves that there’s no healing that needs to be done.

They are so trapped in this toxic mindset of being the strong and invincible man who doesn’t have any emotions.

The end of a relationship is also the end of an era in your life.

That’s why it’s important that you face your emotions and that you don’t do what so many men do.

That’s what I would tell every man on the importance of silence after a breakup.

The more time you take for yourself, the faster you will heal.

The more you distract yourself with mindless drinking and partying, the more likely it is that you will never heal.

4. Silence is what you need to meditate

I’m a big fan of meditation.

I not only believe in meditation as a tool to create your life and your reality.

I also believe that meditation has tremendous power when it comes to your healing on your personal journey.

Meditation allows you to put yourself in between worlds.

It allows you to focus less on your physical reality and more on your emotional world.

Going within can only be done in silence.

And going within is what you need the most after a breakup.

5. Silence gives you the opportunity to make new plans

I want to tell you something else on the importance of silence after a breakup.

I want to tell you about a time in my life when I went through a breakup.

I went through this breakup and now that I look back at it I can clearly see that this was the time when I first made plans that led to the life that I’m leaving now.

Back then these plans might not have been concrete or close to perfect.

But I made plans that impacted my life in a tremendously positive way.

That’s what I want to say on the importance of silence after a breakup.

I want to tell you that this silence gives you the opportunity to make new plans and to set new goals.

… I promise you that your life has just begun.

There’s a bright future ahead of you.

Now it’s the time to plan for it.

6. Silence is the only way for you to not get distracted by mindless chatter

Yes, it can be good to talk with your friends about your breakup.

But what if you have friends who don’t have your best interest in mind.

Be very careful with that.

Not every friend is a real friend and some friends are actually your biggest enemy.

I don’t say that they want to harm you on purpose.

But if the advice they give you is toxic and harmful, it will lead you nowhere or on a very dark path.

Silence allows you to not get distracted by mindless chatter.

Yes, I’m talking about the mindless chatter that some friends torture you with after a breakup.

You just have to sleep with 10 women in 2 weeks and you will forget her.

Just get drunk and you will forget your problems.

Silence and taking time for yourself can make you realize that the advice that you receive is actually not helpful but harmful.

7. Silence is necessary for you to get over her

I mentioned it before and I want to mention it again.

Without silence, you will not get over her.

You will also not get over your breakup.

In fact, without taking the time for yourself that you need in order to heal and in order to expand and to become a new self, nothing will change.

I just had to share that with you on the importance of silence after a breakup.

Silence is absolutely necessary to get over her and the relationship.