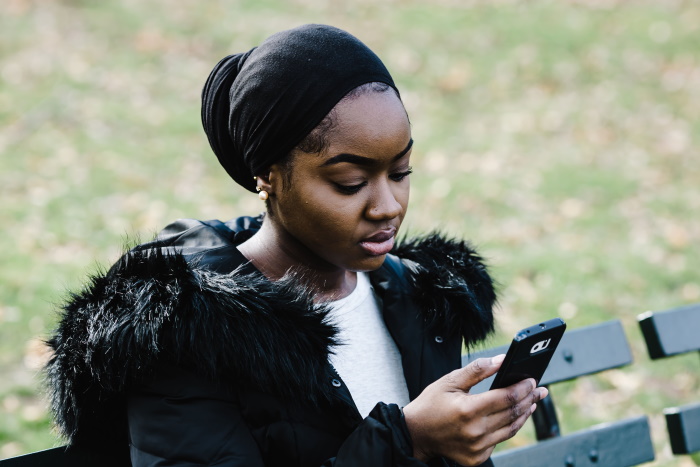 This means that I can confidently assume that you already got her number and now you are texting her.

You can be proud of yourself.

Most men don’t even get phone numbers because they never take action. You are obviously an action taker.

The bad news is that the following signs a girl is losing interest over text can be quite painful.

They can be painful because the last thing you want is to realize that all the effort that you put in the approach and maybe even the first date was for nothing.

Unfortunately, rejections are part of the game.

And sometimes the easiest way for her to reject you is to show you that she is no longer interested in you over text.

That’s why I decided to share these signs with you.

1.How to tell if a girl is not interested in you over text by comparing

… I invite you to compare.

Think back to a time when a woman was very much into you.

It doesn’t matter if this woman was your ex-girlfriend or just a girl you were casually dating.

Think about how this woman responded to your text messages.

Try to remember the emojis she used in her text messages and the words she used when she was communicating to you via her smartphone.

The past can often give us an insight into the future or about the current moment.

Do you see the difference?

This is the easiest way how to tell if a girl is not interested in you over text.

You just have to turn back time and remind yourself of what it feels like and how it looks like when a woman shows you very clearly that she wants you.

In case you still struggling with spotting the difference, the following signs a girl is losing interest over text will open your eyes…

2. You always initiate the conversation

When a woman really likes you, she will do everything in her power to be with you.

And she will also do everything in her power to show you how much she likes you.

In other words, she will text you whenever she can. And yes she will be the one who initiates the texting conversation.

But what if a woman has already lost interest in you?

Then it’s very likely that this woman doesn’t text you.

The painful truth is that women who put you in the friendzone will not text you.

They might reply to your text messages, but only with short answers.

And think about it. You also wouldn’t be texting a woman who you have no interest in. So you can’t really blame her for that.

I have to admit that it also depends on her cultural background.

If she’s been raised in a traditional Eastern European country, she will most likely wait for you to initiate the conversation.

But if you were talking to a Western woman, it’s a clear sign that she has lost interest in you.

Then ask yourself if she has ever replied to one of your text messages after 7 pm?

And whenever a woman doesn’t reply to you during this time, I would be very suspicious.

I would be especially suspicious if you already started dating but she always comes up with excuses why she can’t meet you.

The realization that she might be seeing another guy at this time can be painful in the short term but it can save you heartbreak in the long term.

Always keep in mind that a woman who is into you will reply to you, no matter at what time of the day.

Of course, if you are texting her in the middle of the night and she’s already asleep…

…then she won’t reply.

But even if she’s out with her friends, she will at some point look at your smartphone and text you back.

4. She comes up with excuses why she wasn’t able to reply to your texts

That’s how to easily tell if a woman is not interested in you over text.

In most scenarios, a woman who is interested in you and attracted to you will reply to your texts quite fast.

What if she’s really busy or there’s an emergency and she forgets to reply to you?

In this case, she was sincerely apologizing and she let you know she’s sorry.

Yes, and talking about an honest and sincere apology.

But what about a woman who is already lost interest in you and who is no longer attracted to you?

She won’t even initiate the apology. She will only apologize if you ask her why she didn’t reply to your text message.

Then she’ll come up with excuses that are so stupid that you’ll immediately know that she’s lying.

She’s not even trying to hide the fact that she has lost interest in you.

Instead, she is shamelessly lying on your face and tells you about how she was busy with work or how something else distracted her.

This is not the kind of girl you want to date.

You deserve more than that.

You could also say that her texts are emotionless because women express their emotions via text with the help of emojis.

In case there was a time when she was interested in you, I’m sure you remember how she sent you a lot of wink and kiss emojis.

Did she stop sending these emojis?

This might be a sign that she has already lost interest in you. In fact, it’s very likely that is no longer attracted to you.

You can see the level of interest that a woman has to you with the following equation:

The more interest = The more emojis

In case the flood of emojis has stopped, this might be a sign that she’s not into you anymore.

Please don’t do what most men do in the situation.

Don’t send her one kiss emoji after another because you hope that this would change anything about her interest.

The needier you get, the less likely it is that you will make her interested in you again.

6. She only texts back one-word answers

Then have a look at the length of her messages.

A woman who is attracted to you will bombard you with questions and stories of her life.

A woman who is no longer interested in you will give you one-word answers that she sends you after a couple of hours or maybe even a couple of days.

7. She takes a long time to reply to you

And again I can explain this principle with a simple equation.

The more interest she has = The faster she replies

When a woman likes you she will reply to your text messages fast because she’s afraid of losing you.

And she knows that you as a high-value man have options because you are reading more and more articles on this site.

That’s why a  woman who is interested in you will reply to your text messages very fast.

She knows that you could text with another woman when she waits too long.