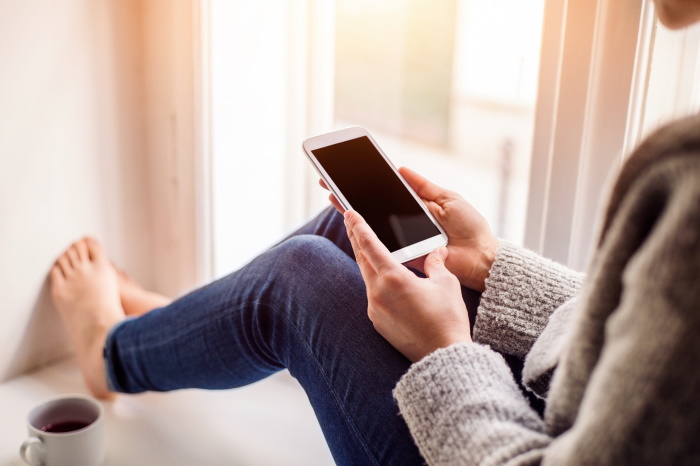 You want to know how to tell if a girl is losing interest over text.

Well, there’s a reason why texting a woman is an art in itself.

Most men have no idea when a woman shows any of these signs.

They assume that when she still writes them and sends them text messages every now and then, everything is good.

But that’s not the case.

That’s not the case at all because what she texts you matters way more than you can possibly imagine.

1. How to tell if a girl is losing interest over text when she’s still texting

I mean, of course…

When a woman doesn’t text you at all, then she obviously doesn’t want you as a boyfriend.

Let’s say you meet this girl and you get her number. Then you text her and she doesn’t reply anymore.

Or maybe she replies to the first text message and to the second text messaging you sent her.

She doesn’t reply anymore, no matter how many texts you send her.

Now it’s time to move on.

This woman is obviously not interested in you and she has no desire to date you. And that’s okay.

When a woman doesn’t text you at all, you have to lick your wounds and move on.

But what if she’s still texting you?

In this scenario, a lot of guys automatically assume that this woman must be interested in them.

But that’s not the case at all.

You can tell whether or not a woman is losing interest over text when you have a closer look at the kind of messages she sends you.

And it also depends on how fast she sends you these messages.

2. She takes longer and longer to reply

Let’s say you meet this girl on Friday.

Then you text her the very first time and she enthusiastically replies.

The same day you text her again and she replies within minutes.

Then you have your first date on Sunday and you text her again after the date.

She doesn’t reply in the evening. She waits until the next day.

Then somewhere around lunchtime, you received a reply.

You then decide to text you again because you don’t want to lose her. This time you even send to messages within the time frame of one hour.

She waits until the next day until she replies.

One of the biggest signs that a woman is slowly losing her attraction for you is when it takes longer and longer for her to text back.

The time frame between you texting her and her replying to your text gets bigger and bigger.

This is a sign that it might be time to abandon the ship and to move on.

3. No more emojis for you

When a woman is totally into you, she will send you text messages with a lot of emojis.

You will see everything from kiss emojis to winking emojis.

Once a woman starts losing interest, she will be very reluctant to send you any text messages with emojis.

The text she sends you are now very emotionless because her emotions for you become less.

4. Her texts get shorter

When a woman is totally into you, she will ask you question after question.

And more often than not she will ask you these questions via text. And as a result of this, her text messages can be quite long.

When I think back to the women who like me the most and who was attracted to me the most, I can clearly see the correlation.

Yes, I’m talking about the correlation between the length of her texts and the interest she had in me.

That’s why you have to be very careful when a woman’s text messages get shorter over a period of time.

You are in big trouble when she only gives you one-word answers.

If there’s an obvious trend that she writes you less and less, she might be losing interest.

5. Emotional topics are discussed in a logical way

This is one of the most painful signs a girl is losing interest in you over text.

You want to talk about something emotional.

Maybe you write her a really romantic message. Or maybe you’ll tell her how much you love her.

What about her responses?

She completely ignores your emotional message and changes the subject into something more logical.

She only does that because she has already lost interest in you.

6. She doesn’t send you any pictures anymore

When women are falling in love with a guy, they often send selfies and pictures of the environment.

And if she’s really attracted to you and really into you, she might even send you very explicit selfies.

What if a woman has lost interest in you?

And she also won’t send you any other pictures anymore because she no longer wants to share her life with you.

7. She is online but doesn’t reply

That’s how to tell if a girl is losing interest over text and it hurts.

Let’s say you text her on Facebook messenger and you know that she’s online.

Now she either reads your message and she doesn’t reply.

Or she ignores your message on purpose and leaves it unread.

If she then also doesn’t reply later on come on there’s a high chance that she has already lost interest in you.

8. She sends the “sorry I didn’t see your text” message

Never believe it when a woman tells you that she didn’t see your text.

But in 99% of the cases, she has seen your message but she doesn’t want to reply to you.

That’s why she tells you that she’s so sorry because she didn’t see your text.

I mean, when she replies the next day and she honestly apologizes for not replying sooner..

But if she replies days or even weeks later, then it’s a sign she is losing interest over text.

9. She refuses to send a selfie with her friends

This is not only a sign a girl is losing interest over text.

Let’s say your girlfriend or the girl you started dating enjoyed sending you selfies from the places she went to.

For example, she went to a bar and she sent you a selfie with her friends in order to show you that she’s not hooking up with someone else.

What if she now suddenly refuses to send you pictures when she goes out with her friends?

She might not be at the bar with her friends.

10. She ends texting conversations without prior warning

Does the conversation suddenly end?

Suddenly, she ends the conversation without any prior warning.

She doesn’t say goodbye and she also doesn’t tell you that she misses you before she leaves to chat.

She just doesn’t text back anymore.

A woman who’s totally into you and who is attracted to you would never do that.

Yes, this is one of the signs she lost interest over text.