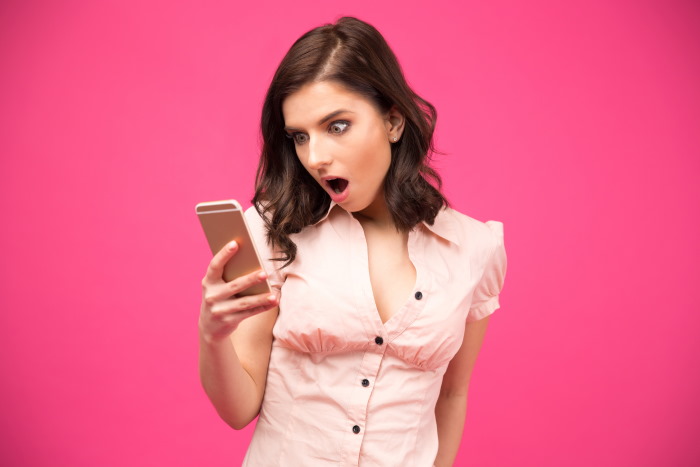 Do you want to know how to reply to a rejection text?

I already know what you are thinking right now.

You will probably right before an emotional rage.

Or maybe you are just a little bit disappointed that she rejected you.

But anyway, you want to give her the feeling that she will deeply regret what she has done.

You want that she regrets rejecting you and you want to make it clear that you are the best guy she could possibly have.

That’s at least what most men want to do in the situation.

Most men in this situation would react in a hurt way.

Most men in this situation would react in a way that makes them look like a fool.

That’s not what I want you to do.

Instead, I invite you to show strength, courage, and more importantly, respect.

1. How to reply to a Rejection Text: Respect is the key

When it comes to dealing with rejection texts, most men do it wrong.

Most men react emotionally even though they should react logically.

Most men in this situation are hurt and they allow their pain to dictate what they text back.

In this emotional moment, they then believe that they have the upper hand.

Even once their emotions are back to normal, they realize that they acted like spoiled children with no social skills.

Even if a woman rejects you, she deserves your respect.

She’s a free human being and she can make this conscious decision to not go out with you or to not continue the relationship with you.

And even in the unlikely event of encountering a woman who rejects you in a really disrespectful way, you show strength by not going down on her level.

I live by the following rule:

I treat every human being with respect and in case they don’t treat me with respect, I don’t want them in my life.

If you want to know how to reply to a rejection text, you need to understand that she still deserves your respect even if she rejects you.

2. Reply to a Rejection Text with humor

One of the best ways to encounter a rejection text is to use humor.

If she for example texts you that she no longer wants to go out with you, you could, for example, tell her that you’ve already planned a romantic dinner with your dog so it’s not a big problem.

Take it easy and communicate to her that you’re okay with it in a funny way.

This not only shows her that you are confident enough and abundant enough to not need her, but she might also regret her choice a little bit.

Every woman is attracted to a man who has humor and you show her that you are this kind of man.

3. Thank her for the time you shared

This is something really beautiful that you can do when you get rejected via text.

No matter if you talk to her for one day or if you’ve already been on five dates.

Let her know that you cherish the time that you shared.

Let her know that she’s an amazing human being and that you wish her all the best for the future.

You can even let her know that you will always keep her in your mind and in your heart, in case you’ve already developed feelings for her.

Be man enough to admit how you feel and at the same time communicate that you still appreciate her.

That’s how to reply to a rejection text as a confident man.

4. Ask her for feedback

Do you want to know how to reply to a rejection text and at the same time improve your game?

One of the things that no guy or that’s better say almost no guy thinks of is to ask a woman why she rejects him.

But don’t ask her directly “hey why are you rejecting me?”

This communicates insecurity and neediness.

Instead, follow the advice I shared with you up until now and then simply ask her for feedback on what you could do better the next time you go out with a woman.

Let her know that you are on a journey of self-improvement and that you want to become a better man.

A lot of women I’ve talked to really respect that when a man asked them for honest feedback because he’s on a journey of self-improvement.

I mean, two of the most attractive qualities a man can have are ambition and the willingness to improve.

5. Don’t reply to a Rejection Text when you are in a bad mood

When it comes to learning how to reply to a rejection text one of the most important rules is to not reply when you’re in a bad mood.

In fact, I wouldn’t reply to this message the moment you see it.

That’s when you are still in shock.

This is the moment when you should take a deep breath and meditate.

But this is not the moment to reply to a rejection text.

Wait at least one hour until you calm down and then you can reply to the message.

The reason why I’m saying this is because when you’re in a bad mood you’re way more likely to say things that you regret later.

So instead of saying something stupid that you will later regret, take a deep breath and then answer this rejection text with respect and dignity.

6. Communicate that you are okay with it

This is one of the best rules to follow when it comes to learning how to reply to a rejection text.

Communicate that you are totally okay with it.

In this situation a lot of women expect a man to react in a negative way.

Some women even expect a man to lash out at them.

What they don’t expect in this situation is a man who reacts in a calm way and who communicates that he’s totally okay with it.

By communicating that you’re okay with it you let her know in a very direct way that you are a confident man who lives a life of abundance.

Only a man who lives true abundance with women would be totally okay with getting rejected by one specific woman.

This not only makes you more attractive in her eyes but it also might make her rethink her decision.

But even if it doesn’t make her rethink her decision, she will always remember this guy who was totally okay with getting rejected by her.

And she might even remember you as the one who got away because after this she might realize what a great guy you are.

7. Trigger her a bit by letting her know that you thought the same

Here’s what’s funny when it comes to learning how to reply to a rejection text.

Women often get confused when you communicate to them that you’re okay with the rejection.

They then question their own self-worth and their beauty because they assume that you are heartbroken.

No woman wants to feel that a man is indifferent to her, even if she rejects that man.

You can pour even more salt into the wound by letting her know that you thought the same.

Let’s say she tells you that she no longer wants to go out with you because you’re not compatible.

Simply tell her that you also thought about that and that you agree with her.

You might be surprised to receive another text message in which she asks you why you think that way.

Now you’re turning the tables because you are also rejecting her.

And even though it happens after her rejection text, the outcome can be very funny.