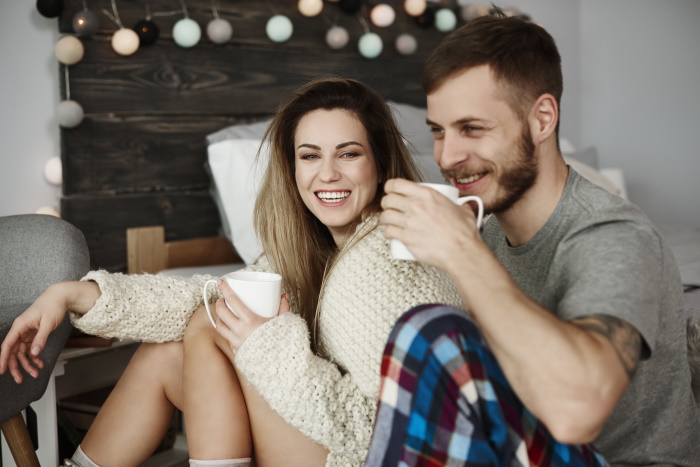 You want to know how to make a girl chase you by ignoring her.

What is wrong with you?

You are not a bad person for wanting to do that. In fact, this can be one of the most effective attraction strategies when you use it the right way.

You just have to be careful that you don’t accidentally act rude, even though it was never your intention.

When it comes to learning how to make a girl chase you by ignoring her, you should never have the goal to hurt her.

You are a lover of women. You are a great man. You don’t ever want to hurt or disrespect a woman…at least I hope.

If you, however, want to use the power of ignoring to make women obsessed with you without making them feel bad…

…then this article will open your eyes.

How to make a girl chase you by ignoring her: Activate her ego

Why is it so effective to ignore a woman every now and then?

You know about Instagram, right? Do you have any idea how much free validation and pointless attention beautiful women receive every day?

What happens is that a lot of young modern women are so used to men behaving like desperate puppies, that no man has ever said “no” to her

What happens when you are the first man who does that?

She’ll instinctively assume that you have options because only a man who has options would risk getting rejected by ignoring a woman.

And there’s nothing more attractive to women than a man who has options and the confidence to show that he can get other women.

That’s when her ego kicks in.

By learning how to make a girl chase you by ignoring her, you gain the power to activate a woman’s ego whenever you want.

“No man has ever said that. I never get rejected. Who does this guy think he is? I’ll show him that I can get him. Yes, I’ll do whatever it takes to get this guy.”

She might have been not that into you in the beginning. But because you showed her in a very obvious way that you have options, she now can’t resist you.

Her ego will motivate her to do whatever she has to do to get you.

Tease her by saying you are not a good match

This is one of the easiest ways to ignore the advances of a beautiful woman because it turns her worldview upside down.

She’s sure it’ll also work with you.

That’s why she dresses up and smiles at you in the most seductive way possible. Then she waits for you to take the bait.

She expects you to say something along the lines of…

“You are so beautiful.”

“I’m not sure if we are that compatible. Let’s get to know each other and find out.”

She can’t believe it.

While all the other guys she has ever dated didn’t care about compatibility because of her physical beauty, you give her the feeling that she has to bring more to the table than her looks.

Especially for very beautiful women, this can be a huge shock. Now she knows that you can easily get other beautiful women. I mean, otherwise, you wouldn’t have reacted like that.

Now she’s in a position where she has to prove her value to you. And because you’ve successfully activated her ego by ignoring her, that’s exactly what she’ll do.

Wait sometime before you answer her texts

Don’t always jump to your phone.

You want to know how to make a girl chase you by ignoring her. Well, you can’t make her chase you by texting her back immediately.

You can, however, make her chase you to the moon and back by signaling to her that you are a busy man and that you are not always available.

What impression does a woman get when you jump to your phone and text her back one minute after you have received her text?

No woman wants to date a man who has no life.

Do you think a successful entrepreneur who has options with women will rush to his phone as soon as a notification pops up?

This dude is way too busy crushing it and achieving things. Be a bit more like him and a bit less needy and women will chase you.

Call her back instead of picking up the phone immediately

What if she calls you and you are outside?

Most men tell their friends to be quiet and then they immediately pick up the phone. Heck, most men would pick up their phone while driving and risking their driver’s license for a beautiful woman.

You are in the process of learning how to make a girl chase you by ignoring her. You won’t do that.

A couple of minutes later you can call her back. In the meantime, her competition anxiety has already kicked in and she’ll think to herself “is he with another woman?”

When you then call her back she’ll feel relieved and happy that you still want her.

React indifferent when she’s talking to other men

What do most men do when they see their girlfriend talking to another man?

There are even men who react like this when she’s not his girlfriend yet. That’s even worse. Jealousy always communicates insecurity.

And no woman wants to date an insecure man. However, a lot of women want to date a man who is so secure in his ability to attract her that he reacts completely indifferent in such a situation.

Don’t create drama. Don’t make a scene. Let her talk to the other guy and show her with your body language that you don’t need her. In other words, you are not needy.

That’s how to make a girl chase you by ignoring her when she’s talking to another guy.

This is an incredibly powerful way to make women obsessed with you.

You can use this technique whenever you are on a date with a girl or you already started dating her.

Or maybe technique is the wrong word…

It’s the honest expression of a man who has options and who is not sure yet if he should settle down.

This is incredibly attractive because of a woman’s innate desire to lock down a high-value man who has options.

A low-value man would do the opposite.

What usually happens is that men communicate their neediness for a relationship way too soon in the dating process.

They are desperate that she’ll leave them. That’s why they bring up the girlfriend talk fast and say “I love you” way too fast.

You do the opposite. You say with a confident voice that you are not sure yet if you are ready for a relationship.

That’s the moment when she’s more certain than ever that she wants to lock you down…no matter what it takes.