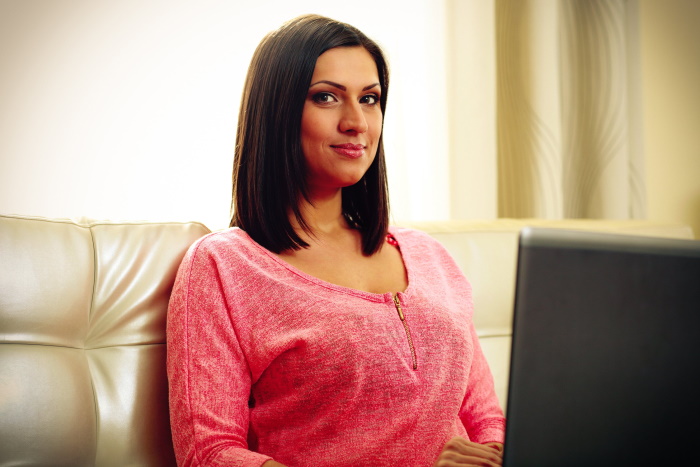 You want to know how to flirt with older women.

The first thing I want to let you know is that it’s absolutely okay to be attracted to older women. It’s not wrong and it’s not something bad.

Unfortunately, a lot of men and especially a lot of younger men leave that being attracted to older women is something that is not right because society often condemns it.

It’s very normal in our society to show younger women in movies with an older man but it’s kind of a taboo subject to show a younger man with an older woman.

If you are into older women then embraced your desire. And be confident about your preference.

Now that you know that it’s ok to like older women I want to show you how to flirt with older women.

And the most important rule when it comes to flirting with a woman who is more mature with you and who is more life experience than you is to not shock her.

1. How to flirt with older women without shocking them

What do most men do when they talking to a woman who’s older than them?

The moment they find out that she is maybe 5 or maybe even 10 years older than them they act weird. They try to pretend to be someone they’re not.

And even though they might not directly show her that they are surprised about the age gap, they make the whole situation uncomfortable for her.

On the one hand, you want to show her that you are attracted to older women. But on the other hand, you were afraid that she might consider you immature.

And because you’re so trapped in your head and overthinking the situation you then as a result act awkward and weird.

Even though you might think that you act surprised she might consider your reaction as an expression of pure shock.

That’s not how to flirt with older women.

Instead, the moment you find out that the woman you were talking to is older than you, that’s the moment when you have to show her that you’re totally cool with her being more mature.

So instead of stuttering and stumbling over your words, I want you to look at her with a confident smile and introduce yourself.

You want to give her the feeling that you were mature enough to talk to an older woman without feeling intimidated by her.

And one amazing way to communicate this maturity is to dress in a way that shows her that you have the emotional maturity to talk to her and to flirt with her.

2. Dress in a mature way

Do you think it’s easy to attract an older woman when you walk around like a teenager?

One of the biggest fears that a mature woman has is to be seen in public with a man who is obviously younger than her and at the same time also very obviously immature.

She might be attracted to a younger man and that’s why she wants to flirt with you and it’s also why she thinks about dating you.

But if you run around like an 18-year old rapper, you can’t expect a mature woman to be confident with you in public.

I know that this can be a little bit confusing because she likes the fact that you are not a mature man…at least when it comes to the way you look.

At the same time, however, she wants to make sure that you don’t embarrass her in public.

That’s why I would always choose the button shirt over the gym shirt and a suit over a jacket with some weird printing.

Show her that you are mature enough and emotionally intelligent enough to understand the situation.

This will make them more comfortable with you and it will make it easier for you to learn how to flirt with older women.

3. Don’t even mention the age gap

That’s at least what I would do.

When it comes to flirting with an older woman the worst mistake you can make is to mention the age gap and to make her uncomfortable with it.

Yes, you both know that the age gap exists. But the more you mention it, the more uncomfortable she will feel with it.

It shouldn’t surprise you that older women are very careful when they interact with younger men because of the social stigma.

Like I mentioned before older men don’t have the same problem when they are dating younger women because it’s more socially accepted or at least more common in our society.

But if you then on top of her already being uncomfortable because of social pressure mention the age gap in a way that makes it even more and comfortable, then you are destroying your chances.

Instead of doing that, don’t even mention it.

Flirt with her as if you would flirt with any other woman your age.

Don’t even address the age gap until she mentions it. Then you have no other chance.

But even if she mentions the age gap if she asks you if you’re ok with it you can answer in a way that makes you comfortable and appreciated.

4. Tell her that you don’t care about the age difference

Let’s say she’s the one who addresses the age difference.

What do you do now?

You smile at her in a cheeky way and you let her know with confidence that you are absolutely okay with the age difference.

When she then mentions her age you can for example give her a compliment and say that she looks younger than her age but that now that you know her age it doesn’t make a difference for you.

That’s the kind of reply that makes an older woman really comfortable being around you and that will make her heart beat faster.

The more comfortable and confident you are about the age gap, the easier it will be for you you to learn how to flirt with older women.

A lot of young guys assume that older women are only interested in a younger man for short-term relationships and for one-night stands.

But that’s not the case.

You are here because you want to know how to flirt with older women. And maybe you want to attract an older woman as a girlfriend.

You can do that.

The idea that all the women are only looking for one-night stands with younger guys and I’m not interested in relationships it’s just not correct.

In fact, I have a good friend who’s dating a woman who is 10 years older than him and they are really happy together.

When you flirt with her with the mindset that all possibilities are in fact possible then you won’t make the mistake to assume that she’s only looking for one thing even though you might want something else.

Then you can communicate with your floating skills that you are in fact interested in a relationship and that you looking for the same.

That’s something that you will find out while having a playful conversation.

6. Be the playful young guy you are

Another popular mistake that many young men make when they learn how to flirt with older women is that they pretend to be more mature than they are.

Yes, she wants you to dress in a mature way because this allows her to feel more confident in public places.

But at the same time, she’s so into you because you provide her with this playful energy that she was missing in her last relationship.

It’s your playful and young energy that is attracted to you.

Be the playful young man that you are. That’s how to flirt with older women.

Another great practical tip when it comes to flirting with a woman who’s more mature than you is to show her that you have life experience.

Of course, you don’t want to tell her about your experiences in the bedroom.

This could make her feel insecure because she then might compare herself to the younger women you’ve been with.

I’m talking about your life experience when it comes to traveling, your education, and your passions.

Show her that you not only offer the playful and young energy but that she can also have deep conversations with you and share her life experience with you.