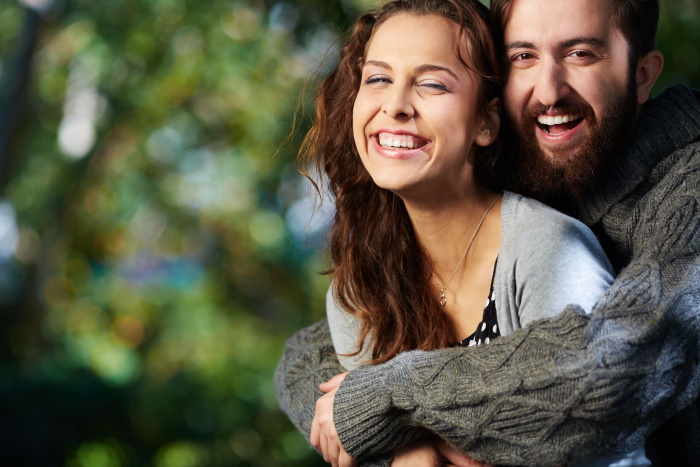 You want to know if getting back with an ex years later is a good idea.

Well, I know what you want to hear. I’m pretty sure you are infatuated again.

And I’m sure that your ex-girlfriend has already turned your brain into jelly.

Or at least she activated the love component in your heart.

You know, getting back together with an ex might sound like a good idea. You are thinking to yourself:

“This time it will work out!”

“This time everything will be different!”

Are you sure about that?

Getting back together with an ex years later: Play the question game

The problem with these types of reactivated relationships is that history often repeats itself.

I don’t want you to blindly run into an experience that might negatively alter your life, just because you were trapped in past emotions.

Memories can be tricky.

Our brain has this protective mechanism that only allows us to recall beautiful moments. All the first and the drama are ignored.

They really believe this because of the selective memory effect that I just described.

The same effect overpowers you when you think about getting back with an ex after a year…or however long the timeframe might be.

Are you sure you can avoid the same outcome?

That’s the first question you should ask yourself when you are thinking about getting back with an ex years later.

Try to not only remember the good times, the cuddles, and the mind-blowing bedroom marathons.

Do you really want to experience this again?

Saying that history won’t repeat itself and that this time everything will be different is easy. Doing it is a lot harder.

In fact, depending on what happened the last time you were a couple, it might even be impossible to not experience the same.

This leads me to the next question…

Did somebody cheat in your relationship?

If the answer is yes, don’t do it.

I know that you don’t want to hear this…at least if infidelity was the reason for the breakup. You might think that you can make it work.

The trust has been broken. Either it was you who broke the trust or it was her.

It doesn’t matter. All that matters is that one of you has betrayed the other.

Do you think you’ll just be able to forget the past and to live happily ever after?

Jealousy and trust issues will be a big part of your relationship. That’s just something you have to deal with.

Getting back with an ex years later is never a good idea when one of you cheated. It only leads to a lot of drama.

Was the breakup messy or relatively peaceful?

This is another important question you must ask yourself if you want to get back together with your ex-girlfriend.

Was it a messy breakup or was it a peaceful breakup?

If it was a peaceful breakup and infidelity was not an issue, you have a chance. Yep, you can potentially make it work.

Let’s say you broke up because you had to move somewhere because of a job or because one of you had a quarter-life crisis.

You broke up on friendly terms and hey, maybe you are still friends. Then you can make it work if you are getting back together.

Now compare this scenario with a messy breakup during which you screamed at each other and called each other names.

And let’s not forget to talk about whether or not the breakup decision was mutual.

Was the breakup mutual or one-sided?

Getting back with an ex years later is always easier when the breakup was mutual.

You both decided that going separate ways is the best decision.

And now you can both decide that getting back together is the best decision for both of you.

However, when the breakup was not mutual, you run into the risk that the partner who had been broken up has a severe fear of abandonment.

Somebody who got abandoned once wants to avoid getting abandoned again at all cost.

Does she just want you back because she sees no other choice?

This is an important question you have to ask yourself…especially when your ex-girlfriend is over the age of 35.

In case she was 25 when you broke up, she had all the options because her youth could get her almost any guy.

Now that’s she’s getting closer to 40, she might see her options dwindling.

Then she thinks back to you and to the sometimes wonderful relationship you had.

She might be in a phase of her life where she realizes that she can’t get anyone better than you.

That’s why she pursues you again…with more motivation than ever before.

In this case, you have to ask yourself if you want to be with a woman who only wants you because she no longer has the ability to attract other equally successful men.

Do you have the feeling she loves you or the memory of you?

Remember what I said earlier…

More often than not this memory does only include the good times and not the bad times. In other words, you are idealizing your ex-girlfriend.

This is a dangerous position to be in because the real relationship you will have will never measure up to the ideal you created in your mind.

Did one of you change in regards to the reason for the breakup?

This is probably the most important question of all for a man like you who thinks about getting back with an ex years later.

No matter what happened between you and her, a successful second attempt is only possible if you changed in regards to the reason for the breakup.

Did she work on herself? And did you work on yourself?

Or let’s say fear of abandonment was the big problem that led to the breakup.

Did she overcome her fear? And did you overcome your fear?

Getting back with your ex-girlfriend can only work when the necessary change that allows a fulfilling relationship has taken place.

Then you might want to give it a try.