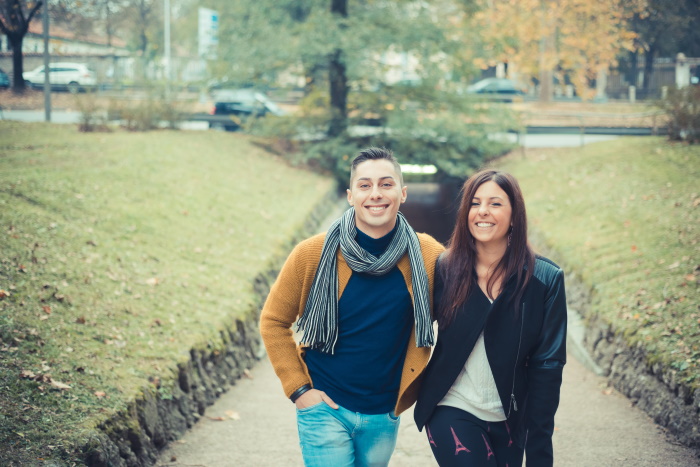 You want to know the signs you are in the friend zone.

Knowing about the signs that you were trapped in the ones own that no man wants to be in is the first step to you getting out of it.

By now you probably already know that if you are trapped in the Friend Zone it will be impossible for you to attract the woman who put you in it.

And I don’t want to share the science with you because I want you to beat yourself up.

Instead, I want you to take responsibility for your actions and also for the actions to put you in the friendzone.

Yes, you put yourself in the Friend Zone.

She didn’t do it for you.

You were the one who did things or said things that made her lose attraction for you and as a result, you ended up in the friend zone.

So have a look at the following signs and learn from them.

… and what you have to do instead.

1. One of the clearest signs you are in the friend zone is the word nice

This is one of the clearest and also at the same time one of the most painful signs that a woman put you in the friend zone.

Have you ever had the following sentence:

You are such a nice guy but…

This is one of the most obvious signs you are in the Friend Zone.

A woman doesn’t call you nice because you are friendly.

She uses this word because she considers you harmless and not sexually attractive.

That’s when women use the word nice.

No woman has ever called a man who she’s incredibly attracted to nice.

What about the guy she put in the friendzone?

2. You are her therapist

Another clear sign you are in the friend zone is when she uses you as her therapist.

She tells you about her problems and especially about the problems he has with other men.

Are you want to do when you hear about these problems is to scream at her and shake her.

You want her to realize that you are the man she should be with and not this jerk who treats her like crap.

Well, if you continue to be her therapist she will continue to put you in the friendzone and you will sink deeper and deeper.

3. You get rejected every time you try to touch her

What if you try to touch her but she immediately rejects your attempt?

This means that you are very deep in the Friend Zone.

She has no romantic interest in you and this is something that you have to accept.

Don’t get me wrong. It’s good that you try to get out of the Friend Zone but it’s some point you have to move on.

So many men make the mistake and stay trapped in the Friend Zone and hope that they can finally get out of it.

It’s often waste murder to just move onto the next girl who doesn’t put you in this terrible zone.

4. She asks you for advice on other guys

Instead, she rams the sword right into your heart and asks you for advice on other guys she is dating.

This is one of the signs you are in the friendzone that hurts the most.

5. You can chill on your bed but nothing happens

It’s crazy because I’ve heard stories from men that they were sleeping in the same bed with a woman but nothing happened.

If you have ever been lying next to a woman on the couch or in the bed and nothing ever happened…well…this means she put you in the friendzone.

Now you can either accept your faith or you can try to get out of the friend zone.

6. She tells you that one of her friends likes you

A woman who is romantically interested in you would never tell you if one of your friends likes you.

She simply wouldn’t do that because she wants to be the one you choose.

What if she has no romantic interest in you at all and one of her friends tells her that she likes you?

She will be the first person who tells you about it because she’s happy when her friend wants you.

Because she doesn’t want you.

7. You help her however you can for absolutely nothing

A lot of men turn into the repair guy or the homework guy when they are stuck in the friendzone.

The last thing you should do is to fix her fridge while you desperately hope that she will someday kiss you.

What if you’ve ever helped her with her homework?

Why don’t you tell her that the guy she is dating can help with that?

8. She uses you as her free Uber ride

She can’t see if you can pick her up whenever she’s drunk.

She might even call you to pick her up when she just wants to go to the mall shopping.

This is one of the signs you’re in the friendzone that can be really annoying.

It’s annoying because you lose a lot of valuable time by trying to accommodate her needs.

And let’s face it. You only play her Uber driver because you want to get into her pants.

9. She doesn’t dress up for you

This is one of these signs that can be really irritating, especially when you were going out with her.

You think it’s a date but it’s not.

She just casually wants to hang out while you are already planning to hold her hand and you also want to kiss her.

I’m sorry that I have to disappoint you but she most likely won’t kiss you and you won’t even be able to hold her hand.

10. She changes clothes right in front of you

This is one of the most terrifying signs you are in the Friend Zone.

She considers you to be so harmless that she doesn’t care that she changes her clothes in front of you.

That’s how deep you are in the Friend Zone.

11. She tells you how happy she is to have you as a friend

This can also be a very painful sign that you are in fact in the Friend Zone.

She tells you that she’s so happy to have you as a friend and deep down you want to cry.

You don’t want to be her friend.

You want to get out of the friend zone and be her boyfriend.

12. You are the first guy she runs to after a breakup and nothing happens

What if she breaks up with the guy she is currently dating?

She runs straight to you but she doesn’t do it because she wants to date you.

She runs to you because she wants to use you as a therapist…again.

Don’t even think about acting as her therapist ever again.